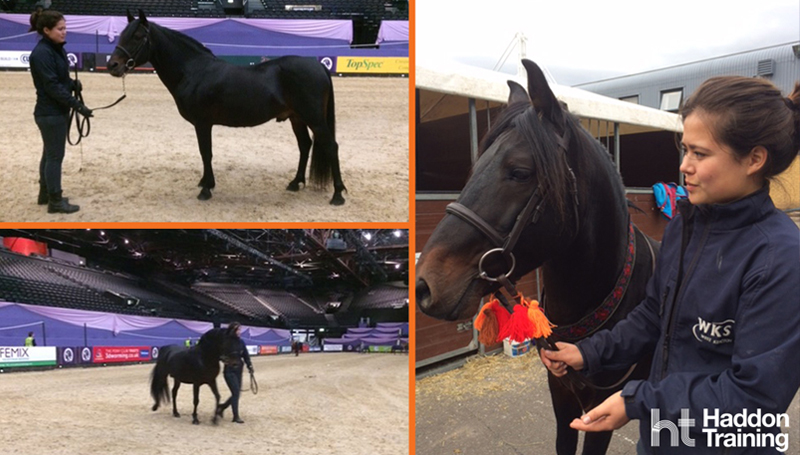 Sophie Goodchild and The Story of The Caspian Horse

We caught up with Sophie after she groomed at the Horse of the Year Show (HOYS):

In October I spent a week at HOYS helping to look after and groom for one of the Caspian horses, as well as being a general extra pair of hands for one of the displays; The Story of The Caspian Horse.

The Caspian horse is an ancient breed of small horse, believed to be extinct for 1000 years until rediscovered in the 1960’s on the southern shores of the Caspian Sea, Northern Iran.  They were the celebrated favourites of the Persian Kings throughout ancient history- yet today they remain a rare breed.

The Caspian Horse Society used the display “The Story of The Caspian Horse” to tell the history of the Caspian horse through showing off their versatility, agility and ability of the breed. The discaplines in the display included: riding in hand, side saddle and driving, mounted games and polo to name a few.  It is hoped that this display will help promote this rare and wonderful breed and increase its popularity. 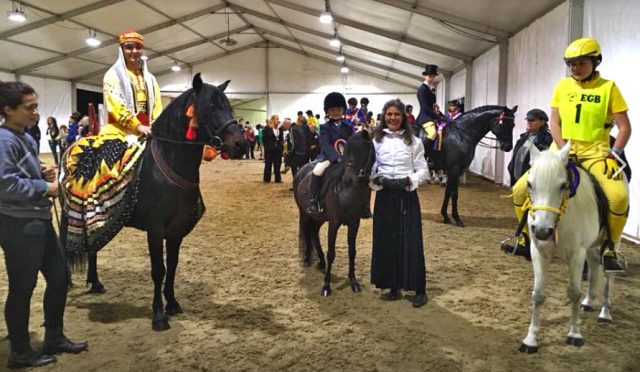 In the warm up arena

I was groom for the Caspian stallion Henden Troy who was the first and last horse in and out of the arena. Jess who rode him was wearing a traditional Iranian dress and I had made and used ribbons and tassels to create a neck strap and decorate his bridle, I even had to sew Jess’s veil into her hair for each performance to stop it from falling off when she rode. 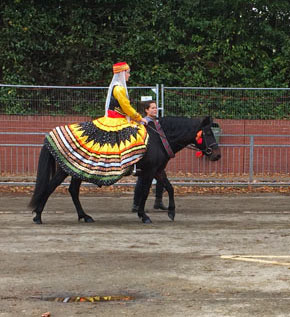 Jess in the Iranian dress on Henden Troy

I enjoyed looking after Troy and getting him groomed and ready for all the performances. It was amazing to see how quickly the Caspians and their riders/handlers got used to the huge atmosphere of HOYS, with the loud music, flashing lights and large crowds.

It was great to see the whole display come together after seeing how much practice and preparation had gone into it prior to HOYS. Each performance seemed to get better and better as confidence in all those involved grew, especially in the Caspians themselves and the children.

It was a thoroughly enjoyable experience as I enjoyed getting to know what happens behind the curtains and backstage of a large show. I learnt a lot, not just from the Caspians but also from seeing the top show horses being groomed and prepped for the ring, and seeing the top show jumpers and the other display with the action horses in the arena.

To find out more about the Caspian Horse, please click here

Do you see yourself working with horses? Click here to find out more 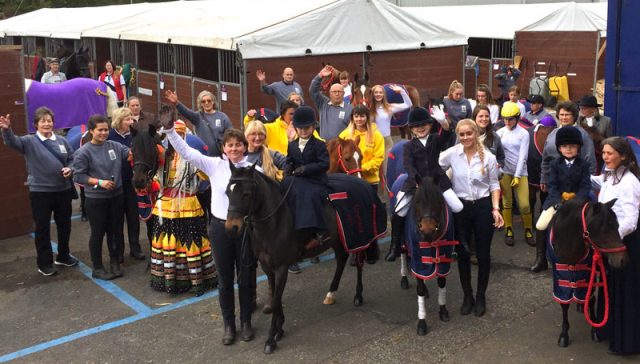 Pictures supplied by Sophie and The Caspian Horse Society.